For the last three years, every time we went to Whitstable to visit the Potters, we went past The Boar out in front of Warehams antique store. 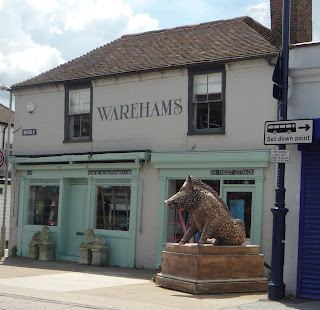 Every time, I said:  "I want to look into his eyes.  I want to sit on his back and have my picture taken."

Obviously, I was heartbroken.  Luckily, Naomi had this picture she'd taken ages ago, so I can share him with you.

FYI:  Apparently, there are similar boar statues to be found.  Howard Castle has a Boar statue.   A marble copy of the Florentine Boar is at the Louvre.   The original was an ancient Greek marble statue, which was probably part of a larger group of statues creating a hunting scene.  On doing a Google search, there are many of them around, most a bit different from the fellow at Warehams.

Posted by Deborah Dean at 9:30 am No comments: Links to this post 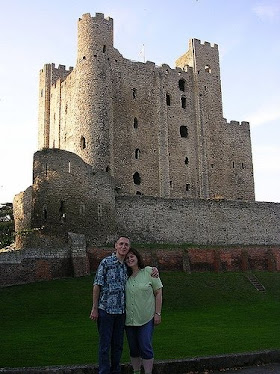